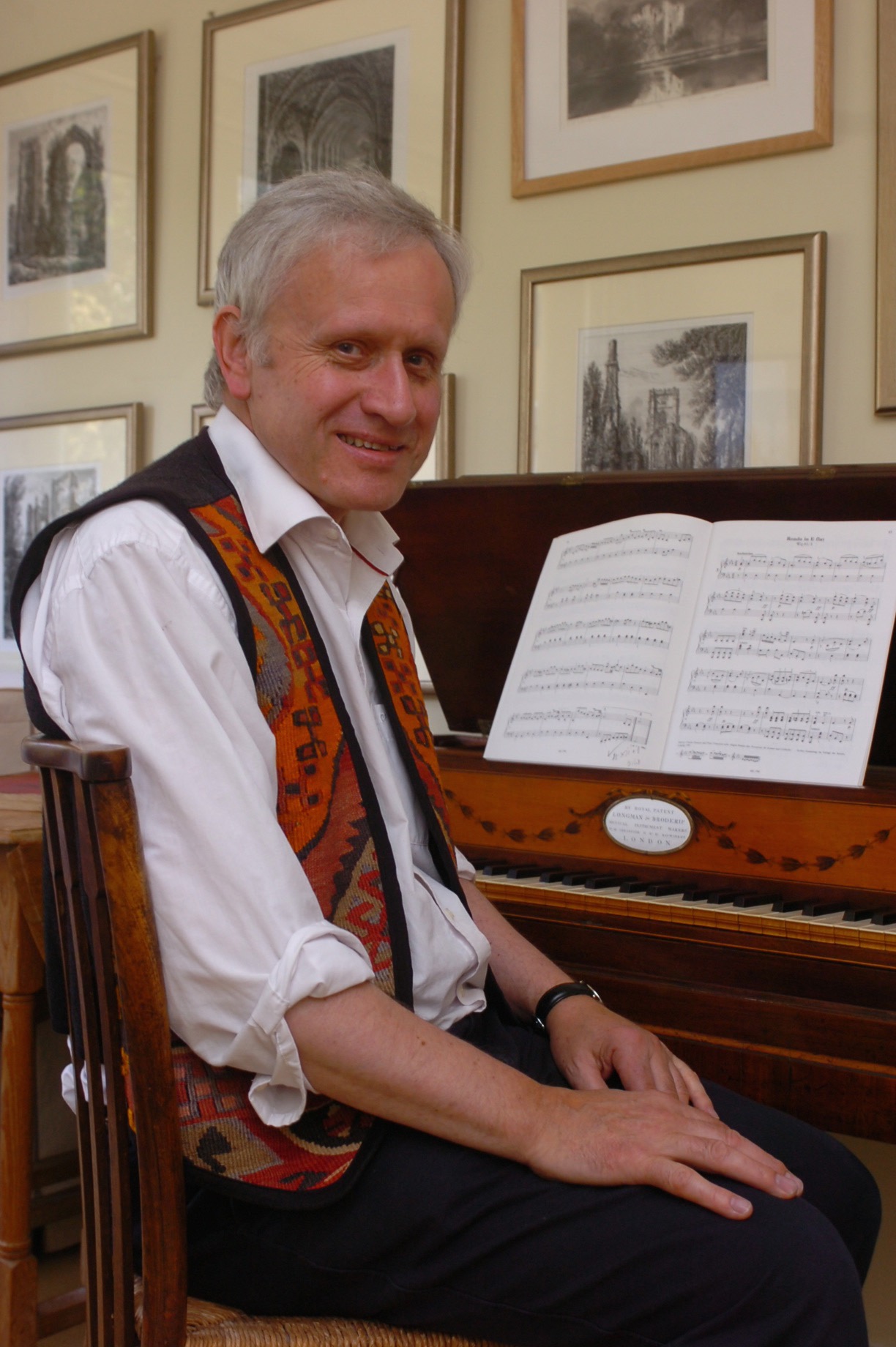 Colin became Director of Music of the Dorchester Choral Society in 2015, although his association with the choir began in 2012 as guest conductor for a performance of Rossini’s Petite Messe Solennelle. Two years later he was the tenor soloist in Tippett’s A Child of our Time. At very short notice in early 2015 he stood in for his friend Christine Page to rehearse and conduct Haydn’s Creation before taking on the substantive role after her death a few weeks later.

He brings his considerable energy and professional experience to a continuous regime of vocal refinement, notably in accuracy of pitch and clarity of diction, in an expanding and often challenging repertoire. He has a liking for rounds and musical curiosities that he introduces as light relief to concentrated rehearsals along with numerous anecdotes about the composers and their music. He makes a point of including a piece by a living composer in most concerts and as a result we have been rewarded with a number of pieces written especially for the choir.

An enthusiastic supporter of the choir’s social activities and Franco-German partnerships, he led the joint concert with the Kantorei an St Andreas, Lübbecke and l’Orphéon, Bayeux at Milton Abbey in April 2019.

Colin was a chorister at Christ Church Cathedral, Oxford and studied at the Royal College of Music in London, studying conducting under Vernon Handley, piano with Angus Morrison and cello with Harvey Phillips.  He was a conducting scholar, President of the Students' Association, and winner of the Director's Special Prize and an Adrian Boult prize.

A parallel career in education has encompassed the post of Director of Music at Canford, Highgate and The Purcell School, with visiting posts at Bryanston, Godolphin and Winchester College.

He has sung in chamber and cathedral choirs, notably the Sarum Consort, Exon Singers and the Cathedral Choirs of Salisbury and Winchester, with whom he has toured France, Germany, Holland, South Africa and the United States. Colin was a guest soloist with the Bournemouth Symphony Chorus on their tour of India in March 2018 and took part in Salisbury Cathedral's tour of Austria in April 2019.  Colin studied singing with Caroline Friend, Patricia Taylor and – at a master-class at Dartington - with Nicholas Clapton.   His work as a tenor soloist has embraced the song cycles of Britten, Finzi, Schubert, Schumann, Tippett and Vaughan Williams.  A CD of songs by Madeleine Dring, Ferguson, Howells, Roger Lord and Vaughan Williams made up a programme of world première recordings in 2012 with the pianists Barry Ferguson, Anna Roberts and oboist Eveyln Howard.

Colin has directed the first performance of works by Gordong Crosse, Philip Lawson, Nicholas Maw, John Rutter, Robert Spearing and John Tavener, working with Tavener on the première of his opera Thérèse at the Royal Opera House.  He sang at the funeral of Sir John Tavener at Winchester in November 2013.  As a pianist he has worked with the oboist Nicholas Daniel, violinists Gisele Boll, Boris Kucharsky and Jan Peter Schmolck, the singers Thomas Hemsley and John Noble, as well as cellist Steven Isserlis.